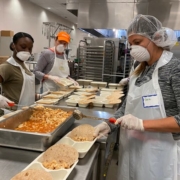 The COVID-19 pandemic, coupled with the precipitous economic downturn, has added fuel to a fire that is the nation’s hunger crisis. The world’s most prosperous country, the United States of America, has tens of millions of citizens who suffer from food insecurity.

Feeding America is a nationwide network of more than 200 food banks.  They reported before the coronavirus crisis that 37 million Americans suffered from hunger. Now, they estimate the COVID crisis could result in a 46% increase. That means a staggering number of US citizens will be at risk of hunger – 54 million![1]

Closer to home, food insecurity is hitting vulnerable people in Minnesota especially hard.  Prior to the crisis, 1 in 11 Minnesotans, as well as 1 in 8 children, didn’t know where their next meal was coming from. If the national trend holds true to Minnesota, we’re looking at roughly 1 in 6 adults and 1 in 4 children in the state experiencing food insecurity during the crisis.  Since the outbreak of the virus, food shelves have reported double, sometimes triple, the need for food assistance.

Fortunately, there are food heroes among us, people and organizations whose purpose is to end hunger and make sure everyone has enough food, so they can be productive and engaged, and so that they can thrive. 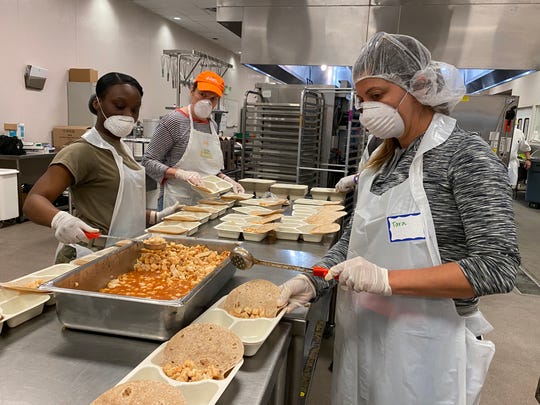 Allison O’Toole, CEO of Second Harvest Heartland, the second largest foodbank in the country, described the food insecurity during the COVID crisis: “Now the needs are off the charts. We are seeing so many new faces. They are our neighbors, our colleagues, our friends.  We have a team that jumped into action right away. We are working around the clock. We are hustling. We are problem-solving every minute of every day.  Not only to meet the needs of today, but to meet the operational challenges that are in front of us.”[2]

Since mid-March, more than 750,000 Minnesotans have filed for unemployment benefits, or about 25% of the workforce.  Low income workers are bearing the brunt of the fallout from the pandemic and economic downturn.

O’Toole added, “As we see the rise in unemployment insurance applications, that is the volume that’s coming to us and our partners. Many of these folks have never been to a food shelf before. We’ve seen the need increase exponentially. It was immediate and we are trouble-shooting and problem-solving every second of every day to meet the tidal wave of need coming at us. For 40% of individuals being served, it’s the first time they’ve needed to ask for help.”

Second Harvest Heartland is providing tens of thousands of emergency food boxes and other meals for families facing hunger due to missed work, illness or other hardships during the crisis.

Likewise, Loaves & Fishes is a nonprofit serving free, healthy meals to Minnesotans where the needs are greatest.  Serving over 90 outlets in ten counties, their meal program began in 1982.  They served a record-breaking 1.3 million meals in 2019.

Andrew Scott, site-coordinator for Loaves & Fishes at Hope Church in Richfield and Brooklyn United Methodist Church in Brooklyn Center said, “The new model adds a couple of new balls to juggle – packing meals, orchestrating the drive through, and upholding safety throughout – from point A to Z.” 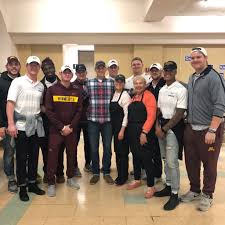 Andrew is energized by the fact that no matter the changes, Loaves & Fishes is still there ready to provide food to those in need.  “As much as we are reacting to the pandemic in a dynamic disaster-response model, another way of looking at is that Loaves & Fishes has remained an anchor for food security. We are still here for you and we always will be,” he said.[3]

Before the pandemic, Loaves & Fishes served an average of 3,500 meals a day. Currently, they are serving nearly four times their regular number of meals – over 13,000 meals daily.

Partnering with Second Harvest Heartland and Loaves & Fishes is a collection of restaurant workers who’ve created a community food kitchen. Chowgirls Killer Catering, like many other restaurants, saw a downturn in its business immediately following Governor Walz’ stay-at-home order.  Chowgirls turned their Minneapolis kitchen into a hub of lifesaving cooking activities. They call it Minnesota Central Kitchen.

Pulling culinary workers from around the Twin Cities and rescuing food from restaurants, cafes, and warehouses, while observing social distancing, they’ve come together to make over 850 meals a day.

Liz Mullen, executive chef of Chow Girls, described the rationale to pivot from a catering group to a community resource kitchen. 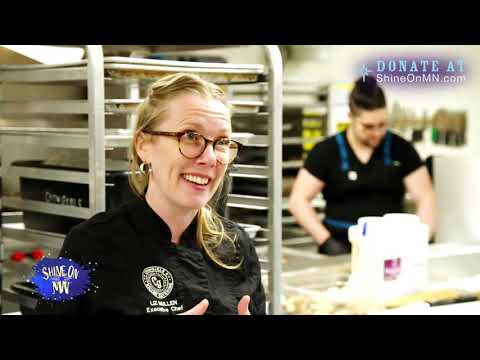 “It was created out of pure need. Loaves & Fishes has seen a 300% increase in all their locations in the past three weeks. So, these are the people who don’t have the opportunity or resources to stockpile food. Now, more and more people are becoming vulnerable. I think of all the chefs and line cooks who have lost their jobs.  Chefs in this kitchen have a more empowering challenge. You never know what foods will be donated that day. It’s ‘Iron Chef’ every day.”

Arianna Baker-Kern, chef de cuisine, described the challenge. “We have to figure how to make it palatable. How to make it high in protein and delicious. Everyone who works in food is getting some more recognition. It has been a service that has been taken for granted. It turns your job from something that you do every day to something that is spiritually satisfying.”

Mullen added, “What keeps us coming to work each day in this environment? Because it is so important. It is so important. I have all of these beautiful people that have pulled together a whole new business model in a week. They are willing to be here and work hard for the betterment of a community. This is clearly a time when once again the food community is rising up to help their neighbors.”[4]

The impact of hunger on children cannot be understated.  Child hunger is on the rise and the ramifications are enormous. Hungry children who are school students are at higher risk for physical and mental health issues and tend to experience worse academic outcomes. In a national survey in April, 40% of mothers with children under 13 said their families were experiencing food insecurity, up from 15% in 2018.

Mary Jo Lange is president-elect of the Minnesota School Nutrition Association and food service coordinator for Red Lake School District. “Amid the financial uncertainty, nutrition staff are also trying to plan for fall without knowing whether in-person classes will resume,” she said. 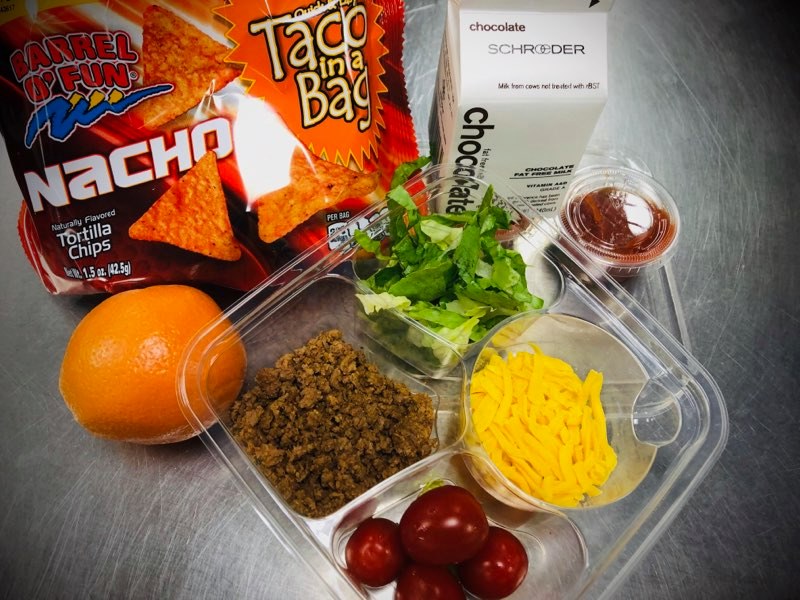 “It’s a huge problem. We’re getting past the point where we’re worried about how (current service) is going to work because we’ve got it down, but now we’re worried about three months from now,” Lange said. “How are we going to feed these kids? What is it going to look like?”[5]

Kimi Paumen is manager of Vision of Buffalo, the contracted transportation company serving the Buffalo, Hanover, and Montrose, a 157-square mile area with 5,000 students in Wright County, MN. She described how her purpose shifted instantly in mid-March from “getting the kids to school on time and then get them home safely” to “making sure the kids get fed.”  In just two months, Kimi’s team of drivers delivered over 145,000 free meals to kids in need within the district.[6] 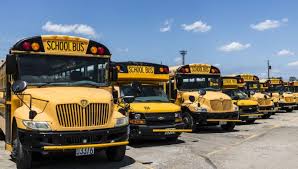 In the aftermath of George Floyd’s death, the grocery and neighborhood stores near the Minneapolis Police 3rdPrecinct Station were looted and torched. Nearby Sanford Middle School found many of their students’ families were now without access to food.

School food services and public transpiration were suspended across Minneapolis, affecting the school’s 970 students, about 60 percent of whom are eligible for free or reduced lunch. 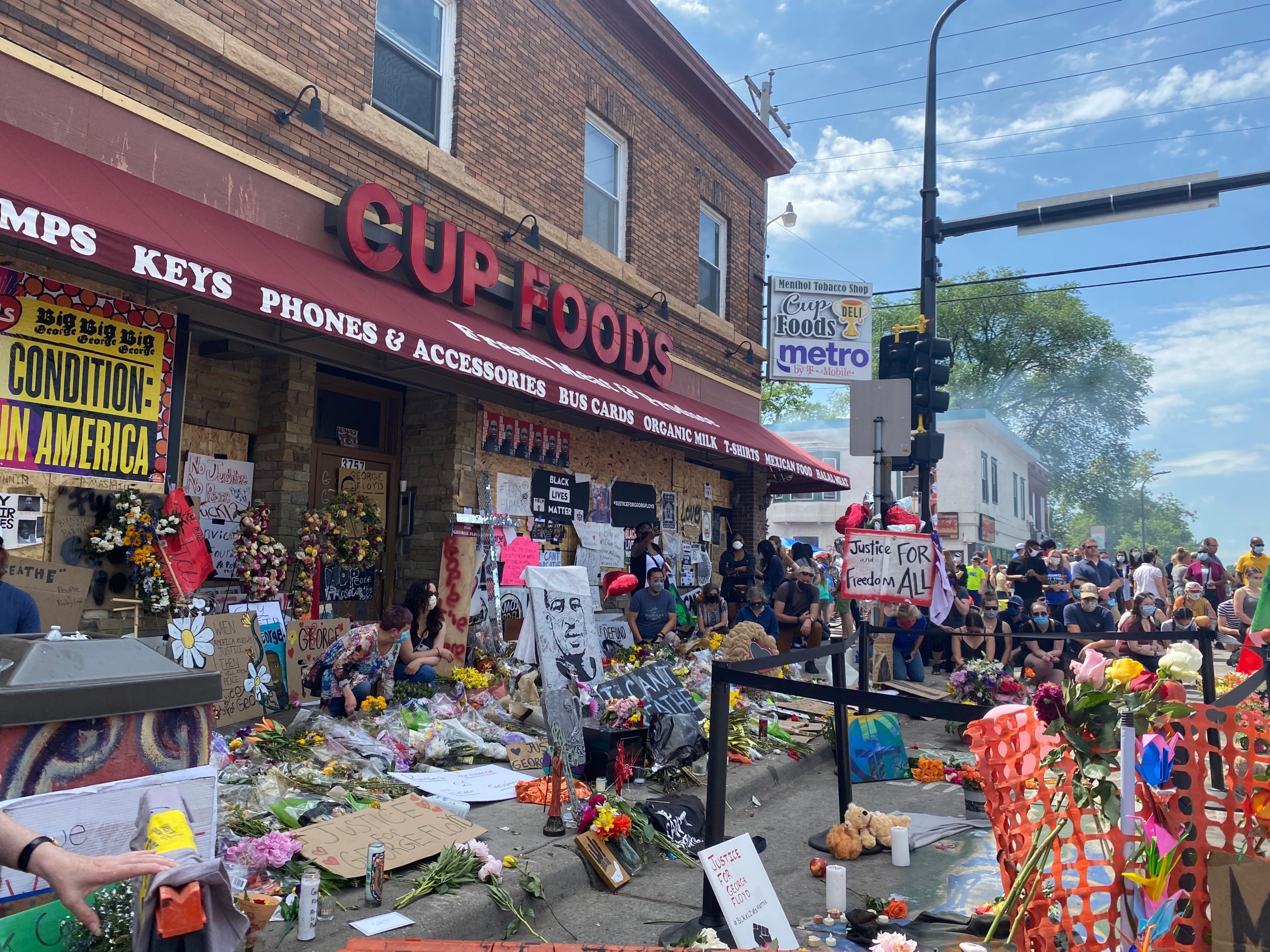 “The area has become a food desert for these families, many of whom don’t own a vehicle to drive elsewhere. We had to do something,” said Amy Nelson, the principal of the school.

She and her staff emailed friends and others in the community, requesting they bring 85 food kits to the school parking lot on Sunday morning.  The food kids were to include cereal, bread, apples, diapers, detergent, and other essentials. Kits would be distributed to anyone who needed them.

The request for kits went viral, as word spread on social media and in the local news.  The staff was optimistic that maybe 150 kits would be received.

The people came.  Miles of cars, SUVs, and trucks wrapped around city blocks, full of groceries. By day’s end, an estimated 30,000 food kits were delivered that fed more than 500 families.

The excess supplies and food – of which there was plenty – was taken to food shelves in areas of the city most affected by the pandemic and protests.

Mara Bernick, family liaison for Sanford Middle School, said, “People of all backgrounds and races were picking up food and helping each other. And that’s what Minneapolis is. That is who we are. We take care of each other.

“Unquestionably, there are injustices in our states, cities, counties, and systems, but to see people put all of that aside and come together to help one another – that is really what we want to be about. At Sanford Middle School, we are all about diversity and helping each other. These students see what we are doing. They are the future; they are the ones who will effect change.”[7]

Both Second Harvest Heartland’s Allison O’Toole and Loaves & Fishes’ Cathy Maes emphasized that volunteers and continued contributions are critical to the vital work they do to ensure individuals and families aren’t missing meals during these challenging times.

Maes said, “There will be a time when donors stop thinking about the need.  We have guests who maybe never made it out of 2008 and are still living paycheck to paycheck. They might have a couple of months in their pocket, but that’s it. I look at what’s going on right now as much, much worse than 2008 and with a lot of fear.”

Imagine where Minnesota would be if it were not for these – and many others not mentioned – food heroes. Each one provides a tremendous service in keeping people nourished and healthy during the double pandemic. All the food heroes are creating enormous impact. Thank you!

[6] Making Sure the Kids Get Fed: School Bus Drivers Are a Lifeline During COVID Crisis, Creating Impact, May 14, 2020. https://theboltongroup.com/making-sure-the-kids-get-fed-school-bus-drivers-a-lifeline-during-covid-crisis/.