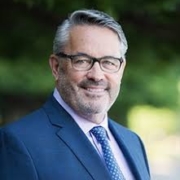 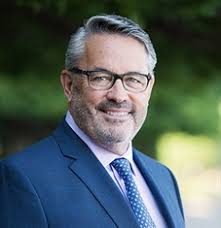 By all accounts, Chris Bentley is a happy, accomplished, and successful man. He knows where he’s going and where he’s been. Blessed with a strong faith, a beautiful wife and family, a thriving business, a close network of friends and good health, life is good. Chris lives purposefully and with passion, creating a positive impact for many.

He makes the world a better place. He operates with great clarity and is deeply fulfilled. He is at peace with his past. But it wasn’t always this way. Here’s Chris’s story.

As the first-born child of a 19-year-old mother and a 29-year-old father, Chris remembers his childhood vividly. Now in his early 60s, he recalls how he continually sought affection and affirmation from his father while growing up.

Chris’s father was a stoic workaholic from the Bay Area. When Chris was young, his father moved the family to Grants Pass, Oregon, his dad went to work at a small Savings and Loan bank. Chris refers to his father as “emotionally stoic.” His dad wasn’t physically abusive, but he was emotionally abusive and never expressed pleasure in any of Chris’s actions, activities, or accomplishments. While his mom loved and quietly encouraged Chris, she too, desperately sought her husband’s approval and affection and was careful to not anger him.

As a boy and young man, Chris hoped through hard work and perfection, he would eventually earn the love of his dad. He pushed himself relentlessly. In high school, Chris excelled academically, made National Honor Society, and worked side jobs. He was an all-conference football player, an expert skier and student body president.

A few years after their move to Oregon, Chris’ father started Orange Torpedo Trips. During the summers, Chris served as a guide on the Rogue River in southern Oregon. As a guide, he safely led novice paddlers for nearly a decade, paddling over 10,000 miles of whitewater.

His senior year, Chris was recognized as the Jaycee’s Student of the Year and received scholarships to Oregon State and the United States Naval Academy. Unfortunately, despite the many achievements, there were no acknowledgements or compliments from his dad.

At the Naval Academy, Chris placed in the top 10% of his class, lettered in boxing and was selected as a company commander. His father never visited him, never called, and never wrote. After graduation, for the first time in four years, his father visited Chris at the Academy, but there was no “Congratulations, son. Well done. I’m proud of you. I love you.”

Following graduation and flight training, Chris was assigned to a P3 Orion “sub hunter” squadron to hunt Soviet submarines. As a Naval Flight Officer, Chris and his crew of 13 pursued Soviet submarines in the oceans of the world. As Mission Commander, Chris made sure his crew arrived back to base safely.

After the Cold War ended and after fourteen years of service, Chris took leave from the military and entered the private sector.

For the first forty years of life, Chris realized he strived – to no avail – to make his father proud. He worked extremely hard, was disciplined, goal-oriented, and persistent. His motto was “Failure is not an option.” Yet, as focused and as hard as he tried to win his dad’s love, he never succeeded. As Chris recalls, “My dad never delighted in me.”

Some years later, his dad passed away. He and Chris had been estranged for twenty years.

Now, Chris is an accomplished and recognized financial advisor. Today he helps investors navigate up and down markets, avoid financial potholes, sail through recessions and arrive at retirement safely.

When Chris’s colleague Dave unexpectedly and suddenly passed away, Chris assisted Dave’s widow, Liane, to get her affairs in order.

As Chris worked with Liane, he recognized widows need help managing through the financial shocks of early widowhood, because couples often divide responsibilities and the widow doesn’t always have the knowledge or wherewithal to tackle alone what was once a dual effort.

Chris learned that in widows’ most vulnerable of times, they may not have anyone to help them with the practical issues of maintaining a home. Perhaps their husbands handled the financial affairs and managed the investments, so they are uninformed. Or they don’t want to rely on family members for help. In a time of grief, suddenly the widow is faced with overwhelming decisions. She is simply unprepared.

As Chris did more research, he found that while there were many books available to widows, there was no organization that provided widows with timely financial and legal guidance at no cost.

Recognizing the need, he offered to address it with some of Liane’s new friends from a widow’s support group. The widows were extremely grateful for Chris’s guidance and interest. From this experience, he felt called to do more.

Chris founded Wings for Widows, a public 501(c)(3) non-profit, that utilizes “angel teams” comprised of a financial professional and an experienced widow. After a comprehensive assessment of the widow’s situation, they provide the widow guidance to address her financial and legal needs.

Wings for Widows offers a gentle hand to ensure new widows don’t face a dark and taxing time of life alone. With plans to grow Wings for Widows far beyond Minnesota, Chris has found his purpose and has taken hold of a very big dream.

Looking back on his life and reflecting, Chris’s “red thread” of purpose – the theme that runs through his life – was suddenly apparent. It is to provide safe passage for others. He’s written his purpose statement and purpose story, which he’s allowed me to share.

“As a young man, I was a river guide – helping our guests navigate more than 40 miles of whitewater. I provided safe passage from the put-in to the take-out.

As a naval officer, I was a Mission Commander – getting my crew to station, prosecuting enemy submarines, and returning home after 10-hour missions. I provided safe passage from take-off to landing.

As a sailor, whether skipper or crewman – I weathered storms topside, at the helm, day and night, ensuring safe passage of our sailing vessel and the passengers entrusted to my care.

As a financial advisor, I guide clients through up and down markets to help them retire comfortably and realize their dreams. I provide safe passage during a lifetime of living and investing.

As the founder of Wings for Widows, I provide safe passage for new widows, from heartbreak and loss to a future of hope and possibility.

The purpose, then, that seems to define me is:

To provide safe passage down the river of life, helping others to experience adventure, find and feel joy, and live life fully.

The impact Chris seeks to make: “To make certain no new widow has to go it alone.”

Since COVID-19, Wings for Widows has had to pivot to fulfill its mission. As face-to-face meetings with widows are currently not possible during stay-at-home, Wings for Windows volunteers are offering more video coaching and consultation using Zoom and by phone.  They are bringing in speakers with expertise valuable to widows, such as Caryn Sullivan, a contributing columnist to St. Paul’s Pioneer Press Opinion page, a widow for over ten years and author of award-winning memoir, Bitter or Better: Grappling with Life on the Op-Ed Page, on Zoom video calls to discuss Navigating Grief and Loss in a Pandemic.

On April 27, Chris launched his new book, The Legacy Planning and Conversation Guide: The Workbook for End-of-Life Planning. The book quickly became an international bestseller in multiple categories in the USA, Canada and Australia.

It’s the ideal playbook to help singles and couples to get their affairs in order before they die.  It is a thorough and compassionate framework which gently guides couples through the discussions they would prefer to never have.  There are things to know, things to do and things to discuss before you die. The conversation guide deftly navigates these tough topics.”

Chris asks, “If death is a sure thing, why don’t we prepare for it? Don’t we have some moral obligation to our spouse and family members to make thing easier when we die?”  Chris adds, “This book guarantees the most important people in your life – the ones you love and care about the most – will be prepared for the day you die. By completing this workbook, you’ll have done the things necessary in life to make things more manageable in your death.”

Through Chris’s work as a financial advisor at Bentley, Kroyer & Associates, as the founder of Wings for Widows, and as an international bestselling author of The Legacy Planning and Conversation Guide – particularly during the pandemic – he’s creating an enormous impact today and in the future.  He is providing safe passage down the river of life – and beyond. 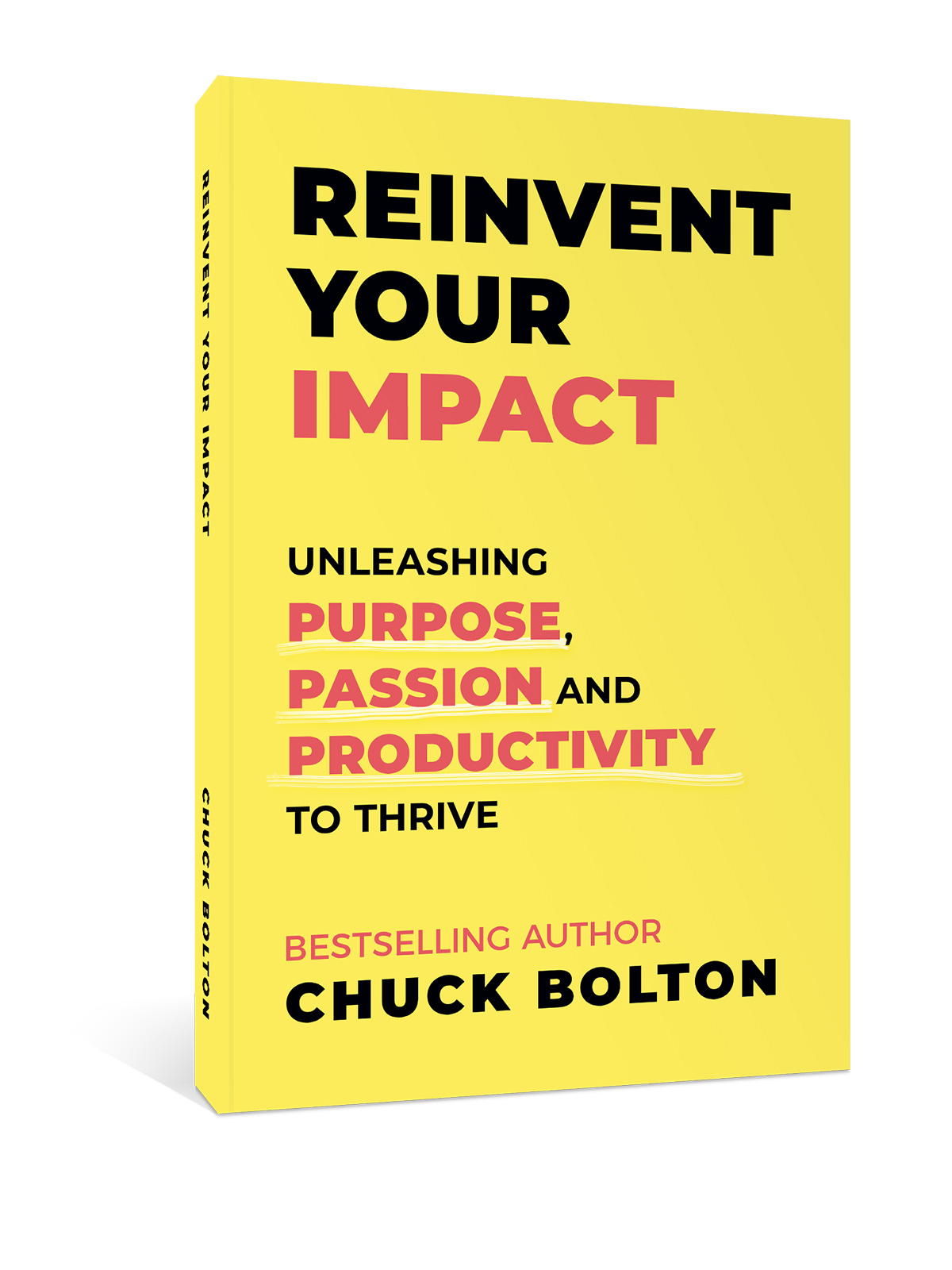