In a world that gets more complex by the day, sometimes great things can best be created by extraction. By making things simpler.

If you are in northern New Mexico and hear a tap-tap-tap, it just might be Ra Paulette. Paulette is an American cave sculptor who lovingly and intentionally digs into and scrapes sandstone – solidified sand dunes, which were once the shores of an ancient sea – in order to transform the material into elaborate artistic spaces inside mountains.

For the past 25 years, with only his dog as company, he’s been scraping and shaping the New Mexico sandstone into man-made art caves.

Working alone, he uses hand tools to do his work: picks, shovels, scrapers, mirrors, and a wheelbarrow. There is no dynamite, no drills, no sledgehammers, no generators, no power tools or conveniences of any kind. It’s a grueling, arduous process and the manual labor is backbreaking.

Describing himself as “simply a man who has found his passion,” Paulette is not an architect, he has no degree in sculpture, and he is not a structural engineer. He prepares no drawings or blueprints to guide his efforts. He calls himself an “intuitive engineer” and feels like an archaeologist, uncovering something that is already there by creating space through extraction.

Ra digs horizontally into a hill or mountain, about fifteen to twenty feet, and then he breaches the ground to open a hole on the top of the cave for sunlight. He can feel the empty space. And he digs and creates what he calls “the juxtaposition of opposites.” You enjoy a sense of being underground with streaming light – it creates a perception trick. There is intimacy in being in a cave with high walls, with columns and arches sometimes 30 to 40 feet high. Light floods in.[i]

These wilderness shrines are massive in scale and poetic in design. He finishes the caves with scallops, molded curves, smooth ledges, inlaid stones, narrow pods, and crusty ledges. He wants his work to take your breath away in its magnificence.

He believes his work is magical. He’s totally obsessed with cave sculpting. When he’s engaged on a project, he thinks about it all day long. He dreams about his cave when he sleeps. He’s passionate about his calling.

Ra doesn’t do it for the money. Over the past 25 years, he’s sculpted over a dozen caves, each about the size of a house. A project takes at least nine hundred hours, but it may take two years or more to complete. He charges about fifteen dollars per hour for the project. And now in his late sixties, he acknowledges he doesn’t have much time to continue his art. His work was chronicled in Cavedigger, a documentary that was so unique it was nominated for an Academy Award.[ii]

He describes his caves as celebrations that create transformative experiences. They are an aesthetic adventure. He seeks to open people’s feelings. He views his caves as hallowed places and healing retreats. They are sanctuaries for prayer and meditation where transformations occur. He hopes that visitors to his sculpted caves will come in and find the solitude that he experiences. To find a sense of peace and purpose. To share a sacred moment when they can gain a deeper understanding of themselves and life.

Ra Paulette’s gift: His ability to visualize what could be and to create space from extraction.

Ra’s purpose: To give others a deeper understanding of themselves.

Committed to living an expressive life, Ra doesn’t put any energy into being a success in the world. But he does put all of his energy and passion into living a life of purpose.

How does Ra define creating impact?

By creating healing retreats to discover peace and purpose through extraction.

Less is often more. How can you create something remarkable by making things simpler? By extracting? 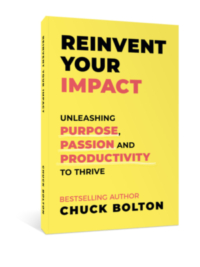 What Do Exceptional CEOs Do Differently? Where Do You Fall on the Scale? 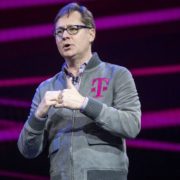 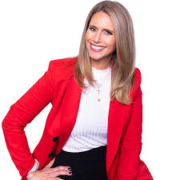 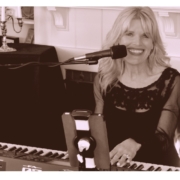 Bringing Joy to Young and Old By Sharing Songs That Inspire
Every CEO Needs a Coach
What Do Exceptional, Value-Creating CEOs Actually Do?
0 replies

Encouraging Purpose in Your Children What Do Exceptional CEOs Do Differently? Where Do You Fall on the Scale?
Scroll to top